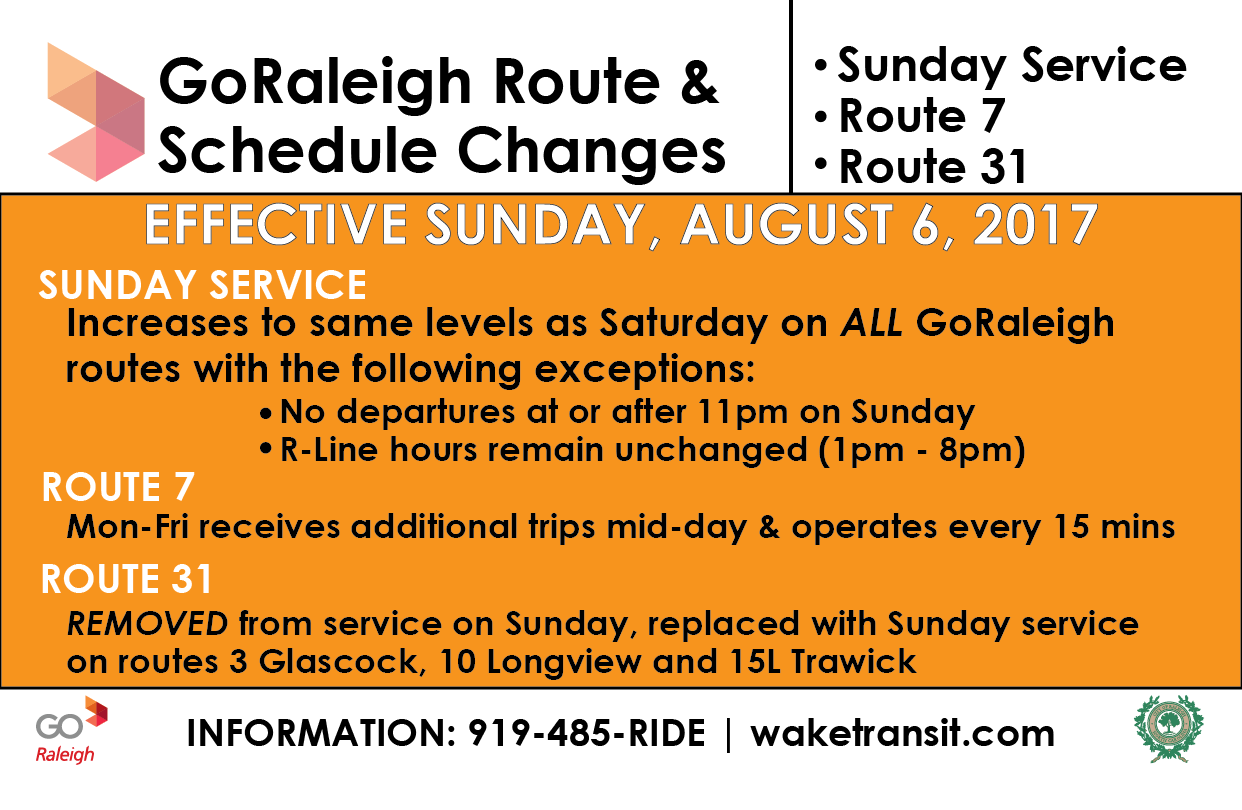 GoRaleigh, the City of Raleigh’s transit system, is increasing some bus services starting on Sunday, August 6. These changes are a result of new revenues from the one-half cent sales tax approved last November by voters in Wake County. Tax payers started paying the half cent sales tax increase last April, and just 4 months later service changes are being implemented. The Wake Transit Plan includes four “Big Moves.” They encompass the goals of the plan to:

- Enhance access to transit. To learn more about the plan, visit waketransit.com.

David Eatman, the City of Raleigh's transit administrator, says, "Fiscal Year 2018 is an exciting year as it marks GoRaleigh's first improvements associated with the new funding dedicated for improved transit services and infrastructure. GoRaleigh's first year of improvements will include new buses, improved and expanded passenger shelters and weekend and mid-day service improvements. All of these improvements ranked high on our riders list of top priorities during our rider survey in early 2016."

GoRaleigh will see changes in Sunday service for all routes and increased service on Route 7.

Sunday service will increase to same levels as Saturday on all GoRaleigh routes with the following exceptions:

- No departures at or after 11 PM on Sunday

- Monday-Friday will receive additional trips mid-day and operate every 15 minutes.

Route 31 New Hope Commons is removed from service on Sunday. It is replaced with Sunday service on Route 3 Glascock, 10 Longview and 15L Trawick.

New route schedules have been published at raleighnc.gov/transit under the Bus Routes section.